Lindum has completed construction of new affordable homes in the Derbyshire town of Bakewell, in the Peak District National Park.

The picturesque houses in Shutts Lane were built using stone from a local quarry at Stanton Moor and have now been handed over to Platform Housing Group.

The finished £3.9m development is named after Bakewell’s local war hero Colonel Leslie Wright, who was the last soldier to be rescued from the beaches of Calais in 1940.

Colonel Wright Close is made up of 30 homes in a project that took more than a decade to come to fruition. The land was originally bought from Lady Manners School, which used the funds to build its 3G sports pitch. 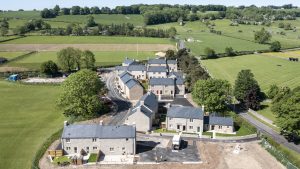 Dignitaries gathered at the site to hear pupils from Lady Manners School tell the story of the Colonel before a stone marking the opening was unveiled. They were joined by members of Derbyshire Dales District Council and representatives from Lindum Construction.

Platform Housing Group’s Chief Executive Elizabeth Froude, said, “We are very proud to deliver the first affordable housing in the beautiful Peak National Park for 10 years, especially as it is an area of the country where house prices and affordability are particularly volatile.

“This scheme not only brings new affordable homes for local people, but it has also benefitted the local community and local economy. We feel this development is a real achievement for all concerned.”

Also in attendance at the opening was Leader of DDDC, Councillor Garry Purdy, who said: “This project has been 13 years in the making and in pushing for the scheme from the start we recognised an overwhelming need for these homes. All partners have worked extremely hard to secure high quality affordable homes for local people who have a link to Bakewell.

“The District Council carried out two housing need surveys in Bakewell that underlined the need for this development. We allocated £500,000 capital funding to help make these homes happen in the National Park and I would suggest that this scheme is arguably the single most important affordable housing scheme in the District Council’s housing programme in recent times.

“We had never before allocated £500,000 to an affordable housing scheme and every penny came from Right To Buy proceeds from our former council housing stock, demonstrating how Right To Buy receipts are being used to replace homes lost across the Derbyshire Dales in the National Park.” 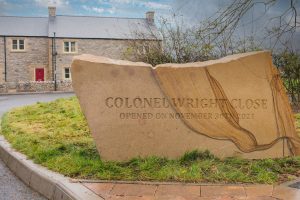 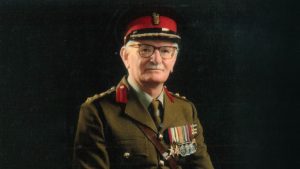 By February 2019, after more than a decade of efforts by another developer, Platform Housing needed assistance to make the scheme viable and to get work started on site. At this point, the Group approached Lindum for help.

Meticulous planning ensured the homes were built to maintain the look of the area. Construction teams worked with local planners to agree material selections. This involved producing sample panels of stonework and render to prove the quality of the products.

Lindum also liaised with the quarry to ensure stone supplies would be readily available. Half of the material cost was paid upfront to guarantee delivery and to make sure the construction programme was adhered it.

In addition, preconstruction work involved a thorough investigation of the site, which sat above a former mine. Doing this mean Lindum could identify which areas of the proposed site were not suitable for development (saving the client £750,000 in potential losses).

Platform Development Director Neil Adie said: “Lindum was extremely proactive in assessing the scheme and established contact with the supply chain and most importantly ensured that the specified stone could be delivered consistently to allow works to proceed in a timely manner.

“In a short time, Lindum were able to provide a price and programme that was acceptable to Platform and to allow the scheme to continue.”

Lindum’s unique affordable housing development in the Peak District National Park has been named Midlands Small Residential Development of the Year at the Insider Media Awards. Colonel Wright Close in Bakewell, which is owned and managed by Platform Housing Group, picked up the accolade against other small developments from around the region. It is the […]

Construction is well underway on the development of 20 new energy efficient homes in the North Yorkshire town of Pickering. Located on Outgang Lane, the development from York Housing Association, in partnership with northern housing association Karbon Homes, comprises a mix of two and three-bed homes and one-bed apartments. On completion, the new homes will […]

More than 20 new affordable homes could be built in a village near Lincoln after plans were submitted to the council. Housing provider Longhurst Group and local construction company Lindum are drawing up plans for 23 homes on land south of Vasey Close in Bassingham. If approved, the development would be made up of one […]

Lindum has handed over the first of 69 affordable homes to Yorkshire Housing at its Hull Road development in York. The development will provide a mix of high-quality Rent to Buy, Shared Ownership and Affordable Rent homes. The handover event was attended by Jonathan Sizer, Managing Director at Lindum York, Lindum Group Managing Director, Freddie […]

A new housing development in Market Harborough has been officially opened, honouring the local war veterans it was named after. The 25 homes on Sturgis Road are now fully occupied by customers of Platform Housing Group, which invited residents and local dignitaries to mark the completion with a tour and short ceremony. The road was […]

A new affordable housing development on the site of a former hospital in Spalding has been completed. Longhurst Group has delivered the 36-home Welland Park on the site of the former Welland Hospital in the town. Made up of two and three-bedroom homes, the development is accessible from Roman Bank and Holbeach Road, and will […]

Work starts on 24 apartments in Lincoln

Work has started in Lincoln in preparation for construction of 24 new apartments for people aged over-55. Lindum Group is currently on site at Roman Gate Court, off Nettleham Road, just north of the city centre. Work to set up the site compound is underway with construction of the new homes scheduled to begin in […]

Lindum has completed work on more than 40 new affordable homes near Grantham. The Spires development on Easthorpe Road in Great Gonerby has been handed over to Longhurst Group, which owns and manages more than 23,500 properties across the Midlands and East of England. In total, 46 affordable homes have been built and have been […]

Work has started on more than 60 new affordable homes on the edge of Sleaford. The homes are part of the wider Handley Chase development in the town and will be delivered by Longhurst Group. The Group, which owns and manages more than 23,500 homes across the Midlands and East of England and has offices […]